Legal Measures and Mechanisms to Prevent Disappearances, to Establish the Fate of Missing Persons, and to Assist their Families

ref. 0924
Report of the Second Universal Meeting of National Committees on International Humanitarian Law, March 19-21 2007. The issue of missing persons, in particular, has become a growing concern over the last years and the ICRC remains implicated in efforts to resolve their fate as well as safeguarding the rights and needs of their families. The ICRC Advisory Service on IHL highlighted the theme of missing persons and the pledges made towards resolving this issue during the Second Universal Meeting of National IHL Committees. This report represents the proceedings of this important meeting. The first part of the report presents a synopsis of the topics addressed by the invited speakers, whilst the second part of this report offers new tools that are designed to facilitate the work of National IHL Committees. The Advisory Service of the ICRC has drafted a model law that can serve as a guide for States and their national authoritative bodies that are in the process of developing and adopting legislative measures with respect to missing persons.
In stock
CHF0.00
Skip to the end of the images gallery 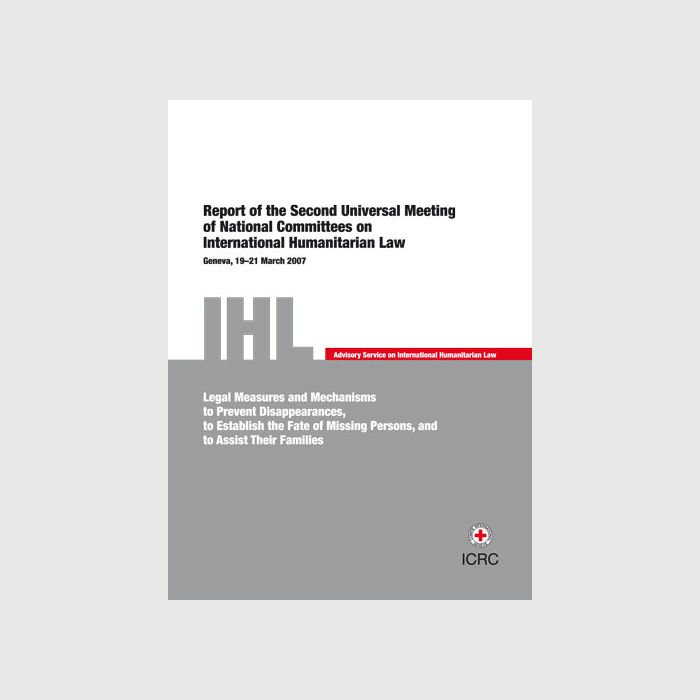