ref. 4358
This report provides an account of the debates that took place during a meeting of international experts co-organized by the ICRC and Université Laval (Quebec) in June 2016 in Quebec. The subject under discussion was "the principle of proportionality in the rules governing the conduct of hostilities under international humanitarian law". The principle of proportionality prohibits attacks which may be expected to cause incidental loss of civilian life, injury to civilians, damage to civilian objects, or a combination thereof, which would be excessive in relation to the concrete and direct military advantage anticipated. As fighting increasingly takes place in populated areas, where incidental harm is likely to occur due to the co-location and intermingling of lawful targets and protected persons and objects, the principle of proportionality is becoming ever more crucial in current armed conflicts. While the existence of the principle of proportionality is undisputed and applied daily by military commanders, the key concepts on which it relies – military advantage, incidental harm and excessiveness – would benefit from further clarification. This report provides an account of the stimulating in-depth debates that took place during the meeting.
In stock
CHF0.00
Skip to the end of the images gallery 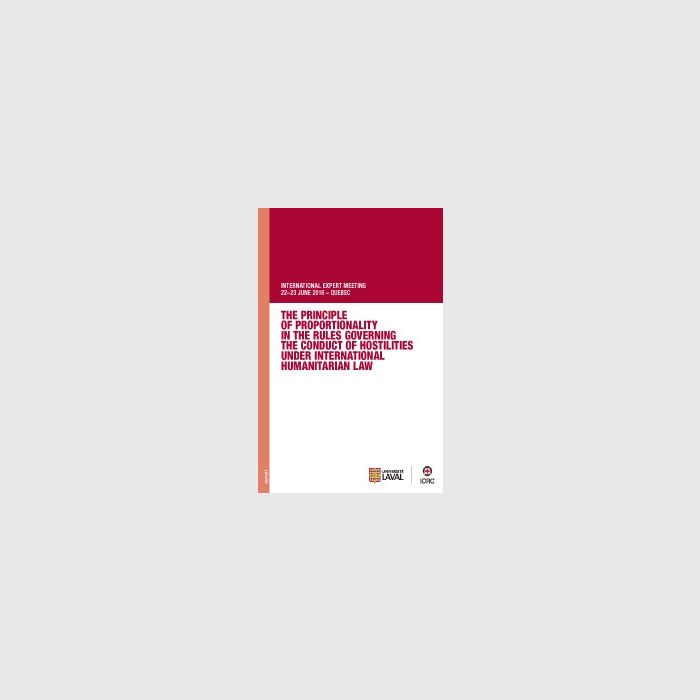