ref. 4386
This report is the result of a two-day workshop for experts on international humanitarian law (IHL) and Islamic law that was held in Geneva, at the headquarters of the International Committee of the Red Cross (ICRC), on 29 and 30 October 2018. Experts from 23 countries took part in the workshop, where they discussed five subjects of contemporary concern: the conduct of hostilities; protection for health-care personnel and facilities; detention during armed conflict; special protection for children; and the proper handling of dead bodies. The overall objectives of the workshop were to strengthen cooperation between experts in IHL and Islamic law, and to give Islamic scholars an opportunity to discuss the operational and legal challenges confronting the ICRC in Muslim contexts. The report provides an account of the discussions that took place during the workshop. Participants considered the subjects mentioned above from the perspectives of IHL, Islamic law, and operational expertise. It is hoped that the report’s recommendations will go some way towards strengthening respect for IHL in Muslim contexts and helping the ICRC undertake the daunting tasks before it.
In stock
CHF0.00
Skip to the end of the images gallery 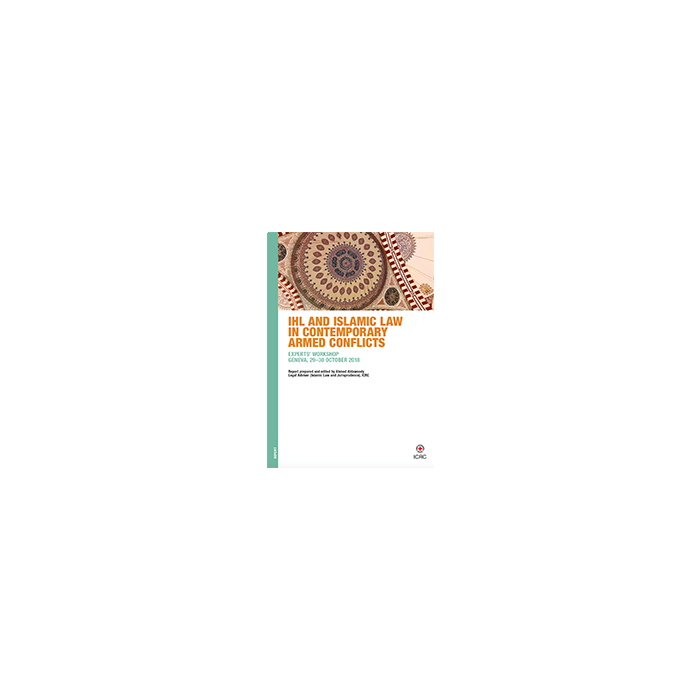