ICRC Policy Document on Torture and Cruel, Inhuman or Degrading Treatment Inflicted on Persons Deprived of their Liberty

ref. 4088
This set of policy guidelines was adopted by the ICRC's Assembly Council on 9 June 2011. It strongly reflects the ICRC's conviction that torture and other forms of ill-treatment must be absolutely prohibited, and the organization's unfailing commitment to eliminating such acts. This document sets out the operational approach to protecting victims and helping create a "normative, institutional and ethical environment" conducive to the prevention of ill-treatment. Preamble Action against torture and cruel, inhuman or degrading treatment is a key focus in the ICRC's work on behalf of persons deprived of their liberty. On the basis of its profound conviction that such practices are absolutely unacceptable, the ICRC implements a global response the primary objective of which is to ensure protection and assistance for victims and contribute to their rehabilitation, and help to establish and/or strengthen a normative, institutional and ethical environment conducive to the prevention of this phenomenon. Accordingly, the ICRC relies on its own experience, on its in-depth knowledge of this practice, on its privileged access to victims and on its confidential bilateral dialogue with the authorities and other actors. It also knows that it can rely on the normative, institutional and ethical developments that have taken place in recent years with regard to these issues. Aware of the immense challenge that action against torture and cruel, inhuman or degrading treatment represents and of its importance for present and future victims and for their families, communities and societies, the ICRC seeks to reaffirm clearly and publicly the scope and depth of its commitment to its work in this sphere.
In stock
CHF0.00
Skip to the end of the images gallery 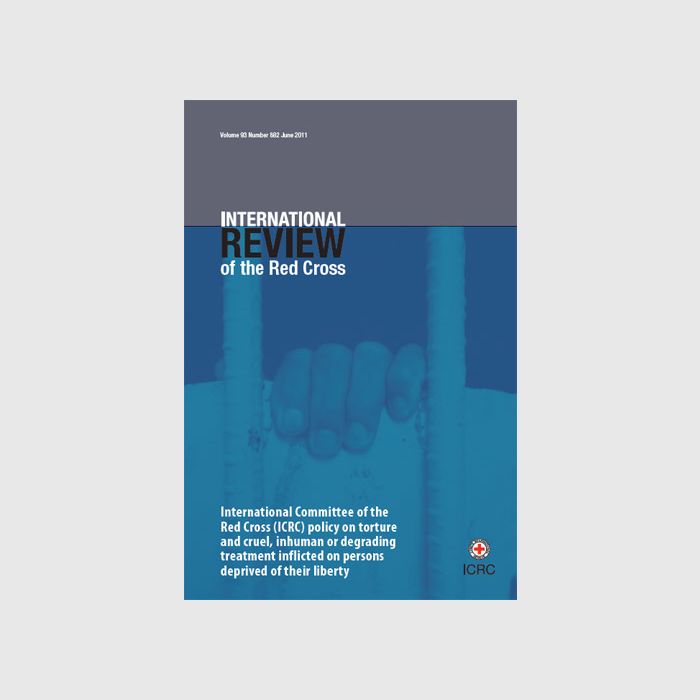