ref. EXPHCID
This set of five exhibition banners were developed for the first phase of the HCID campaign focusing on raising awareness about the problem. The set is based on the main visuals and on the text of the leaflet Health Care in Danger: A Harsh Reality. It consists of one banner with explanatory text on the lack of safe access to health care and four others, each explaining a specific aspect of the issue (violence against the wounded and the sick, against health-care personnel, against health-care facilities, and against medical vehicles). The banners are designed to help mobilize members of the community of concern during events related to the issue, such as conferences and workshops within the framework of the HCiD project. This set can also be used as a side exhibit during artistic events and could accompany the new set of visuals prepared for the second phase of the campaign to show the evolution of the project.
Out of stock
Skip to the end of the images gallery 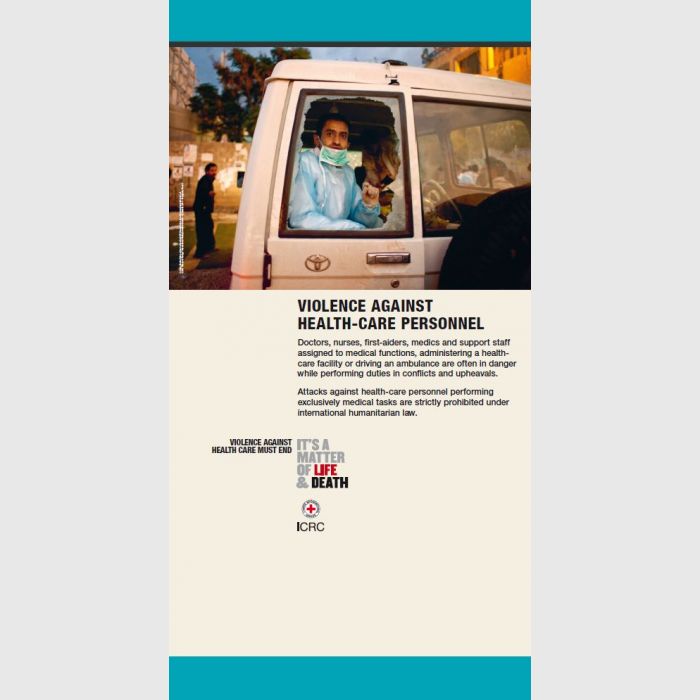