ref. 4244
Cities have never been immune from warfare. But over the last century, armed conflicts have increasingly been fought in populated areas. This has exposed civilians to greater risk of death, injury, and displacement. And the trend is likely to continue as urbanization intensifies. In 2011, the ICRC stated that explosive weapons with wide-area effects should not be used in densely populated areas due to the significant likelihood of indiscriminate effects. In February 2015, the ICRC convened a meeting of experts on the topic of explosive weapons in populated areas. The meeting brought together government experts from 17 States, plus 11 individual experts, including weapons experts and representatives of United Nations agencies and non-governmental organizations.
In stock
CHF0.00
Skip to the end of the images gallery 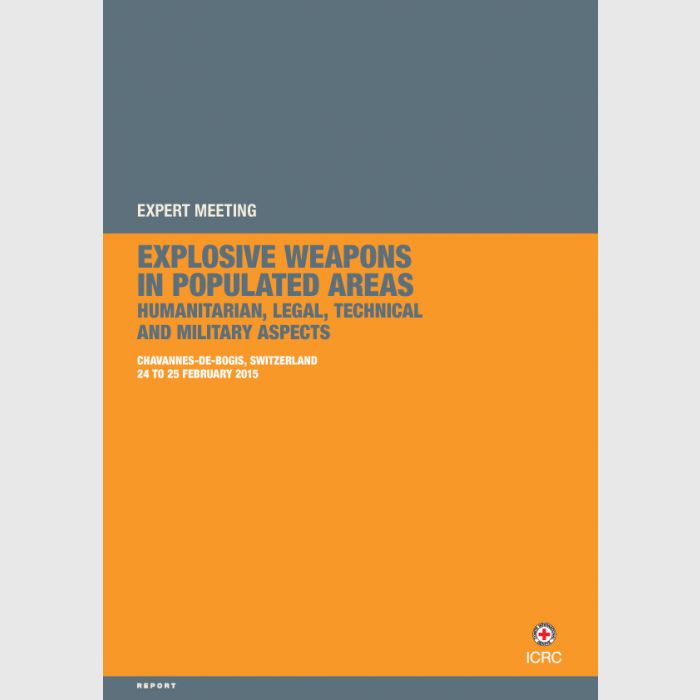