ref. 4498
The ICRC defines a support relationship in armed conflict as one in which an actor provides support to a party to armed conflict that increases the latter’s capacity to conduct armed conflict. The ICRC believes that support relationships have the potential, exercised or not, to positively influence the protection afforded to those not fighting. The ICRC encourages actors in support relationships to take a broad view of their influence over how conflicts are fought and how their aftermath is managed. Through continued engagement and sharing of experiences with actors in support relationships, the ICRC aims to facilitate an understanding of good practices to reduce the human cost of war. To that end, this document asks decision makers to consider pragmatic ways to mitigate the risk of negative humanitarian consequences and enhance the protection of those not fighting, including through better respect for international humanitarian law. With this document, the ICRC seeks to continue its engagement with actors involved in support relationships with a focus on how to further improve practice so as to reduce the impact of war on people.
In stock
CHF0.00
Skip to the end of the images gallery 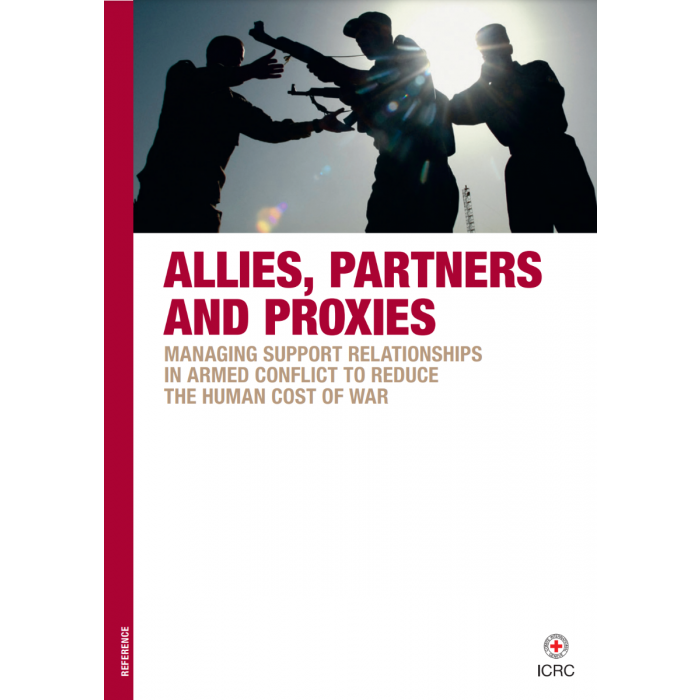