ref. 0203
The four volumes of the Commentary were published between 1952 and 1959. This imposing work is intended for specialists and specialized institutions. It will be of service to legal scholars and to all those who in the course of their work - be it in government circles, armed forces or institutions within the International Red Cross and Red Crescent Movement - deal with questions regarding the implementation and application of international humanitarian law. Volume I: "Geneva Convention for the Amelioration of the Condition of the Wounded and Sick in Armed Forces in the Field: Commentary".  Written mainly by Jean Pictet, with the participation of Frédéric Siordet, Claude Pilloud, Jean-Pierre Schoenholzer, René-Jean Wilhelm and Oscar Uhler, and based largely on practical experience in the years before 1949, especially during the Second World War.

In stock
CHF20.00
Skip to the end of the images gallery 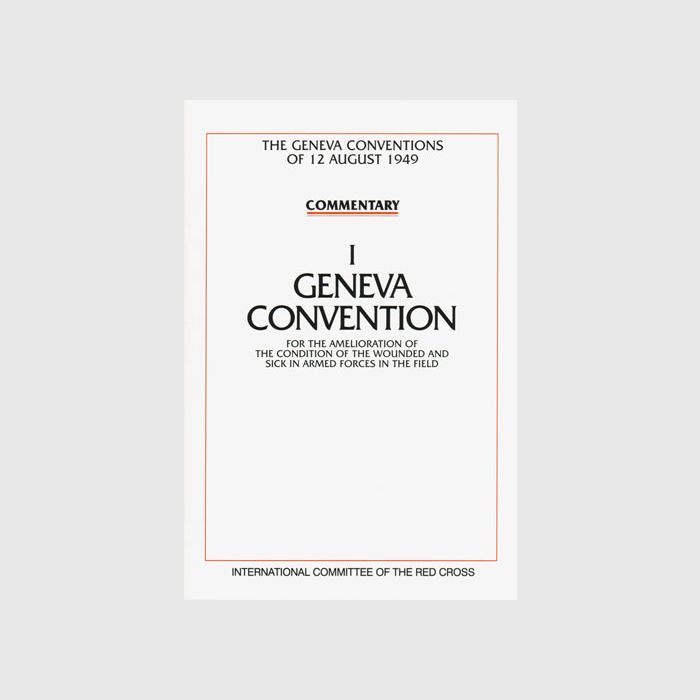