Autonomous Weapon Systems: Implications of Increasing Autonomy in the Critical Functions of Weapons

ref. 4283
The development of autonomous weapon systems -- that is, weapons that are capable of independently selecting and attacking targets without human intervention -- raises the prospect of the loss of human control over weapons and the use of force.\r\nDebates on autonomous weapon systems have expanded significantly in recent years in diplomatic, military, scientific, academic and public forums.\r\nAs a further contribution to the international discussions, the ICRC convened this second expert meeting, entitled \"Autonomous Weapon Systems: Implications of Increasing Autonomy in the Critical Functions of Weapons\", from 15 to 16 March 2016. It brought together representatives from States and individual experts in robotics, law, policy and ethics.\r\nThis publication contains a summary report of the expert meeting, summaries of selected presentations given by individual experts at the meeting, and the background paper prepared by the ICRC and circulated in advance of the meeting.
In stock
CHF0.00
Skip to the end of the images gallery 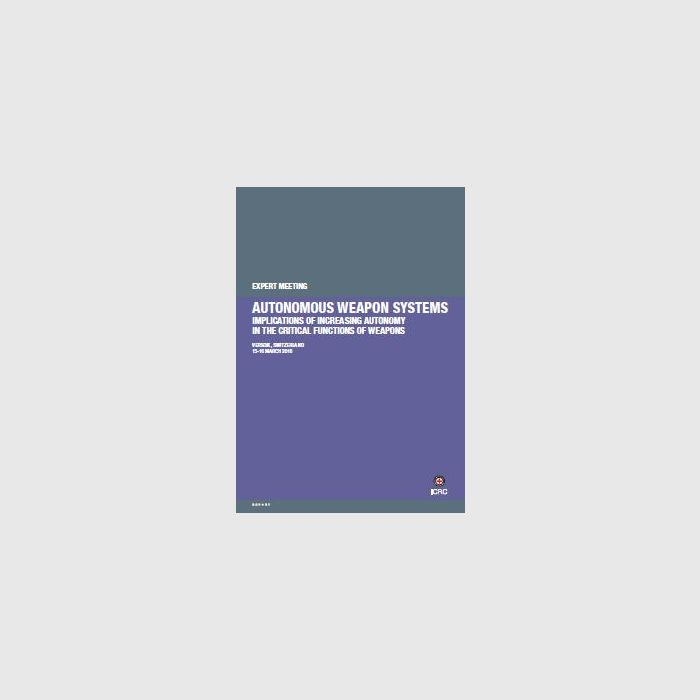